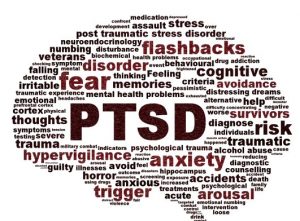 A few friends of mine are aware of my issues the last few weeks: Severe depression, anxiety, lack of sleep, and getting very teary-eyed when I am reminded of my lung cancer diagnosis, problems with being blamed for my cancer when I was still in the hospital (“Are you going to quit smoking?”), not once or twice, but three times in less than 24 hours (For the record, I am not a smoker. Like most teens, I did dabble in cigarettes when I was 15. But that was it.), requesting mental health services for support, and being bounced around between psychiatry and oncology, no one taking responsibility for my followup visits until I complained, etc, etc., i.e. falling through the cracks at my provider, Kaiser Permanente. Health Education was a joke. They photocopied a page from their list of classes, which had 2 support groups listed for cancer patients and said that was all they offered cancer patients. I know that is BS, from friends who have had other cancers and gotten what I am now considering the red carpet treatment. If you have breast cancer, Kaiser is all about helping, comforting, nurturing, and treating patients with respect. Not lung cancer.

Put bluntly, I felt angry, abandoned, and forgotten by my providers. I would try to get help, and finally hit a stonewall, get frustrated, quit trying, and suck it up. I’d pour myself into something, usually EMS, where I could forget my frustrations for a while, focusing on my patients. But my feelings would creep back at times. My sleep patterns became worse and worse. I started having issues with memory… I’d forget a lot. Most of last year is still a blur to me, with moments of clarity at times. Facebook has been a good reminder to me of my past year. I filed a grievance, only to be forgotten again after FINALLY being assigned an oncologist to follow me, nearly 5 MONTHS after I was diagnosed. That should have been day 1, in my opinion. I also saw a pulmonologist, where I found out I was at 74% of my former breathing capacity, after losing the lower left lobe of my lung in May last year.

I just kept wearing my “mask”, pretending to my family and friends that everything was ok. I’ve learned over the years to do it fairly easily. In EMS, we have to put our personal thoughts and emotions aside and care for our patients. It’s a coping mechanism for those things we can’t unsee.

Fast forward to May, when I had my second post-op CT scan. I had to remind Kaiser it was due. Again, I fell through the cracks. Although it was clear of any evidence of cancer, I had been feeling lousy; hurting in some odd locations without any injury that I could recall, and had been dealing with anxiety for weeks before the exam. So much that I was so afraid to find out the cancer had recurred that I almost didn’t have the scan. It took a helluva lot for me to get on that table. And help from a great friend tall in to me and helping me to calm down. I sucked it up again and did it.

Then, 4 weeks ago, I received an invitation to a cancer survivors celebration at Kaiser. My first thought was, “Where the f**k were you when I needed you?” I then began crying… and didn’t stop crying for a few hours. Clearly not the response I should have had from a genuine invitation to celebrate that I AM a survivor. This anger and sadness persisted. I couldn’t shake it. It brought back the memories of the past year… and was like a broken record playing in my head over and over and over again.
I went to the Kaiser website for cancer patients, and read a statement that I feel is a pure lie. Especially since I was was not treated the way they state.

Our understanding of cancer extends beyond the disease itself. We know that patients need a committed and supportive partner who’s in it for the long haul. Our emphasis on multidisciplinary teams, prevention, and wellness ensures that they receive the follow-up care and ongoing support that they need as they move on with their lives.

It seemed hurtful and hypocritical give what happened to me. And made me more and more upset. I posted a rant about it on Facebook, which garnered some interesting comments, some of which validated my belief that certain cancers get the Cadillac treatment, while others are simply tossed to the wind to figure out on their own what to do. It’s wrong. No cancer patient should ever be or feel abandoned by their medical providers. Period. I sent Kaiser Thrive a private message on Facebook explaining that their website was stating things that weren’t true, and that I was in dire need of help. They called me after I provided my phone number, and they began a formal grievance on my behalf.

In the meantime, one of my friends reached out to me in a private message and helped convince me to contact psychiatry at Kaiser and go in for an assessment. I got there during the times they told me they were doing assessment, only to be told they stopped doing them. The assistant at the window said she would contact one of the therapists that does assessment. She didn’t. But I didn’t leave. Finally, I went back to the window and spoke with a different person, who let me know the other assistant had not done what she said she would. She said that it was after the deadline, but I pointed out that I had been there for 45 minutes before the normal deadline. And then, as I got more upset, I said if I wasn’t assessed, I was heading to the ER, where they would have to assess me. A few minutes later, one of the therapists came to get me.

The long and short of it, after I was assessed, and scored, was that I needed to be seen very urgently. I knew that. I just had not gotten in to see someone, since psychiatry bounced me to oncology, and oncology bounced me back… over and over. I never got seen once before that day. I was given an appointment for a few days later, and muddled through the weekend. I was taken off my day job to allow me a little time to de-stress. When I saw my assigned case manager, she listened to everything that had been going on. I was a mess. Sad, angry, upset every time I thought about this past year. I was diagnosed with major depression and trauma. Post-Traumatic Stress Disorder. Along with a bit of anxiety.And she realized I needed some intensive therapy. And quickly. Therapy I feel I would not have needed had I been treated properly from day 1.

I began an intensive program, including therapy, psychiatric visits, learning new skills, including mindfulness and meditation, and was placed on medications to try and get me to a point that I could think clearly, and sleep clearly. 4 days a week, for 3 hours a day. It became a security blanket for me as I got the help I needed. Slowly, over the past 2 weeks, things have improved dramatically. I was connected with a cancer survivors group. And had a minor medication adjustment.

I’m not done on this path. I’ve just begun it. I “graduated” from the program today, and am ready to begin managing this with the continued assistance from them. While I am grateful for FINALLY getting help, I still feel like I was tortured this past year.

I’m around! Those who know me know how to find me.

I started this blog as a replacement for my previous blog, which I retired a few years ago.

I’m a lung cancer survivor (No, I don’t smoke. More about that another day.), mother of 2, Nana (grandma) to 4, and they are all my life.